Open from Wednesday to Sunday 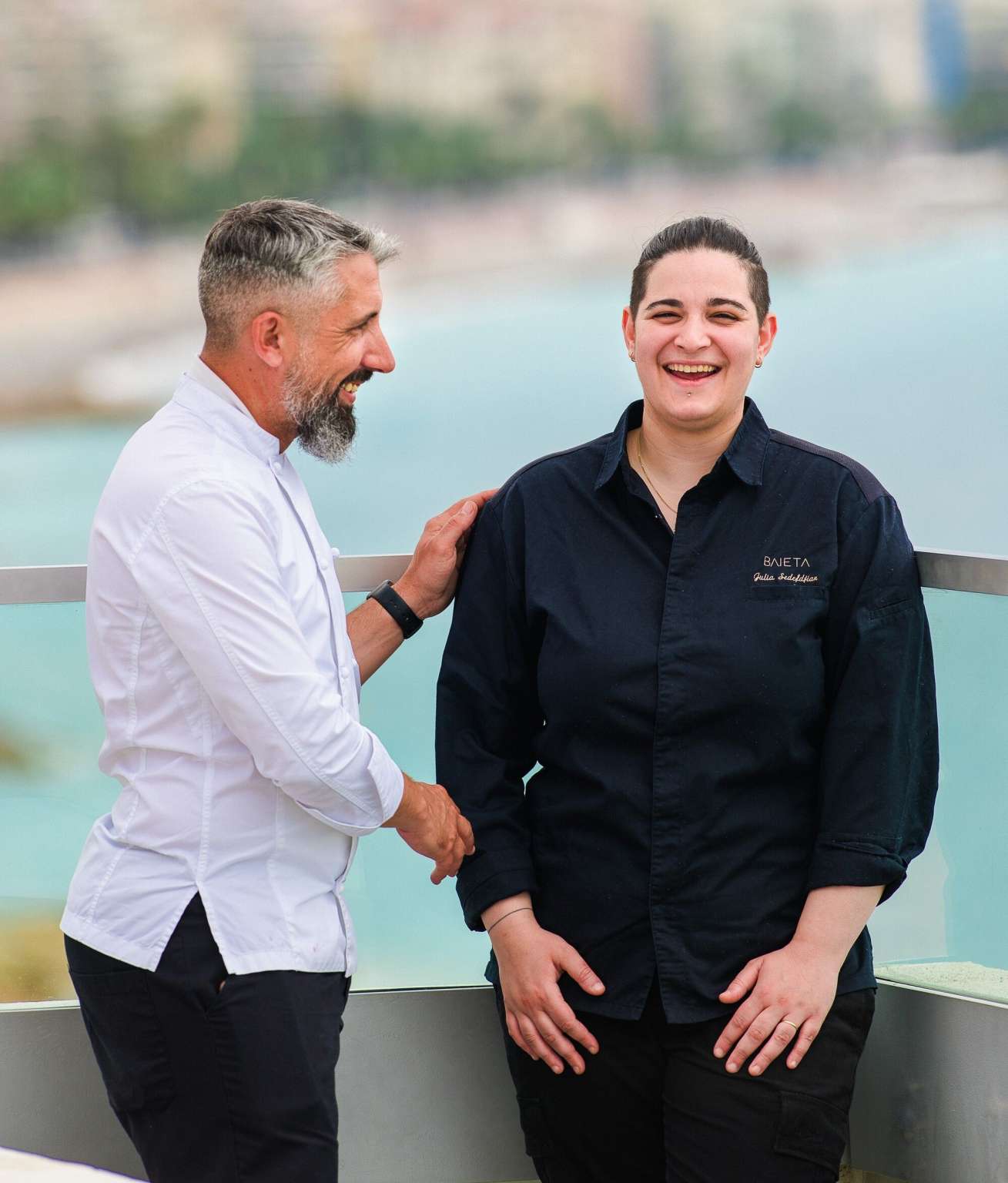 The Restaurant Calade by Julia Sedefdjian welcomes you from June 24, 2022 on the rooftop of the hotel with breathtaking views of the Baie des Anges. Here, guests can enjoy a menu orchestrated by Julia Sedefdjian - the youngest female starred Chef in France at just 21- in collaboration with Chef David Rodriguez.

A contemporary French cuisine, creative and cleverly presented, which draws influence from the abundant local Nice flavors which Sedefdjian is known for.

An experience to live, in an atypical setting with a breathtaking view of the sea…

Pop-up restaurant open for lunch and dinner from Wednesday to Sunday – From June 24 to September 30, 2022.

Calade rooftop restaurant invites our guests to discover a unique and enchanting place:
the biggest rooftop in Nicewith an exceptional panoramic view.

From the roof of the Radisson Blu Hotel, Nice, enjoy a breathtaking view facing the Baie des Anges.
Appreciate the immensity of a horizon where the sky is one with the sea. 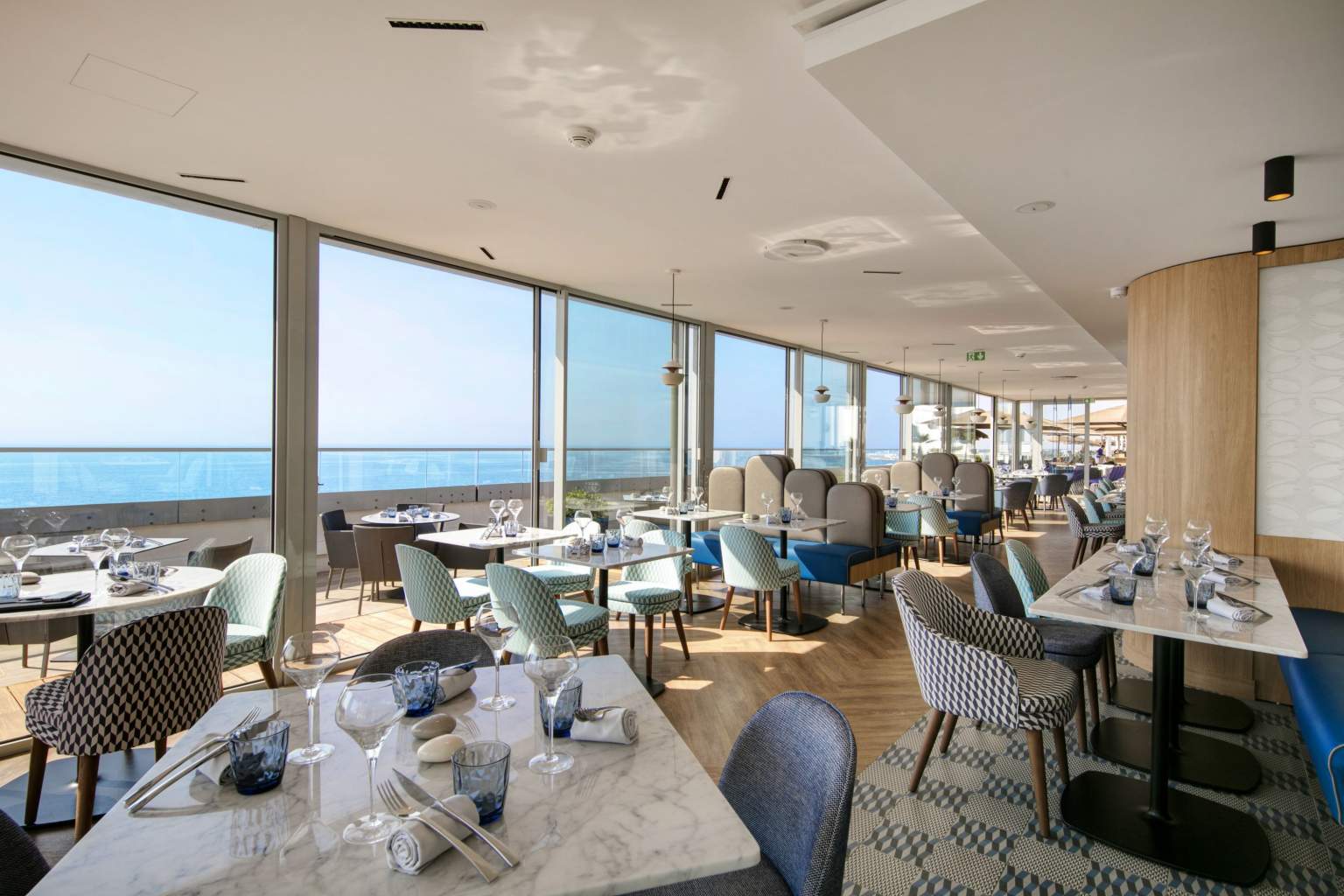 This place was born in the heart of the Mediterranean, where the color of the pebbles plays with the sun rays. A harmonious mosaic where local cuisine, refined design and breathtaking scenery are expressed through immersive experience where alltogether they bring to Calade rooftop restaurant all its character and tell a story dear to the origins: a land full of sun, enthusiasm, and flavors.

Discover a menu composed of fresh products which evolves season after season.

Sweet, refined, gourmet or original, our desserts will seduce you !

Net prices. Service included. Provenance of meat available from the restaurant.
All dishes are “homemade” and prepared on site using fresh produce. 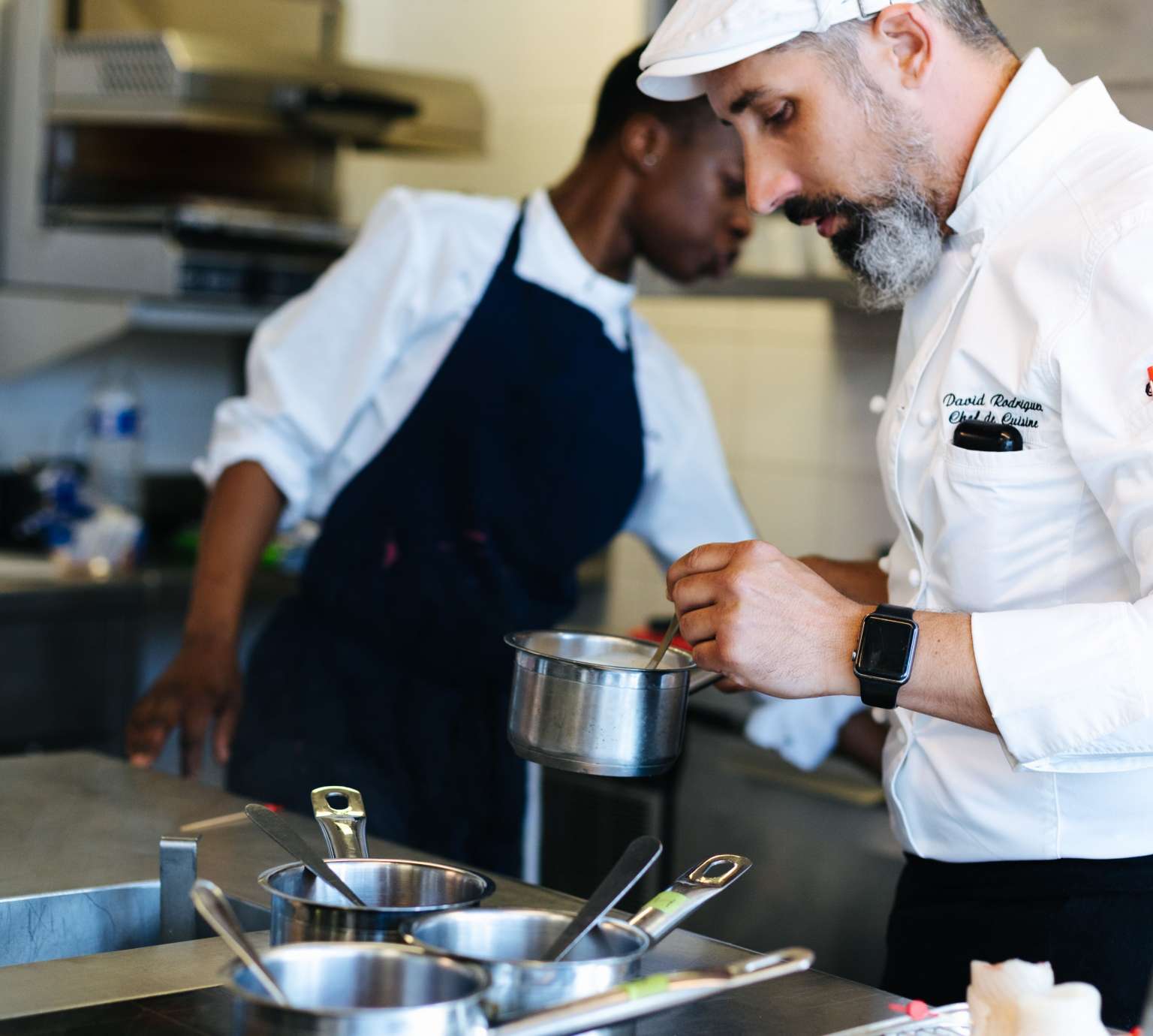 A team composed of passionate people

Deliver an unforgettable experience at Calade rooftop restaurant: A philosophy that animates our team of experts day after day.

Dynamic and generous, the whole team is at your service to make your experience full of delicacy. From the kitchen to the dining room, we make sure that every moment with us isunique and memorable.

Come and enjoy a dinner imagined by the Chef David Rodriguez facing the Baie des Anges !